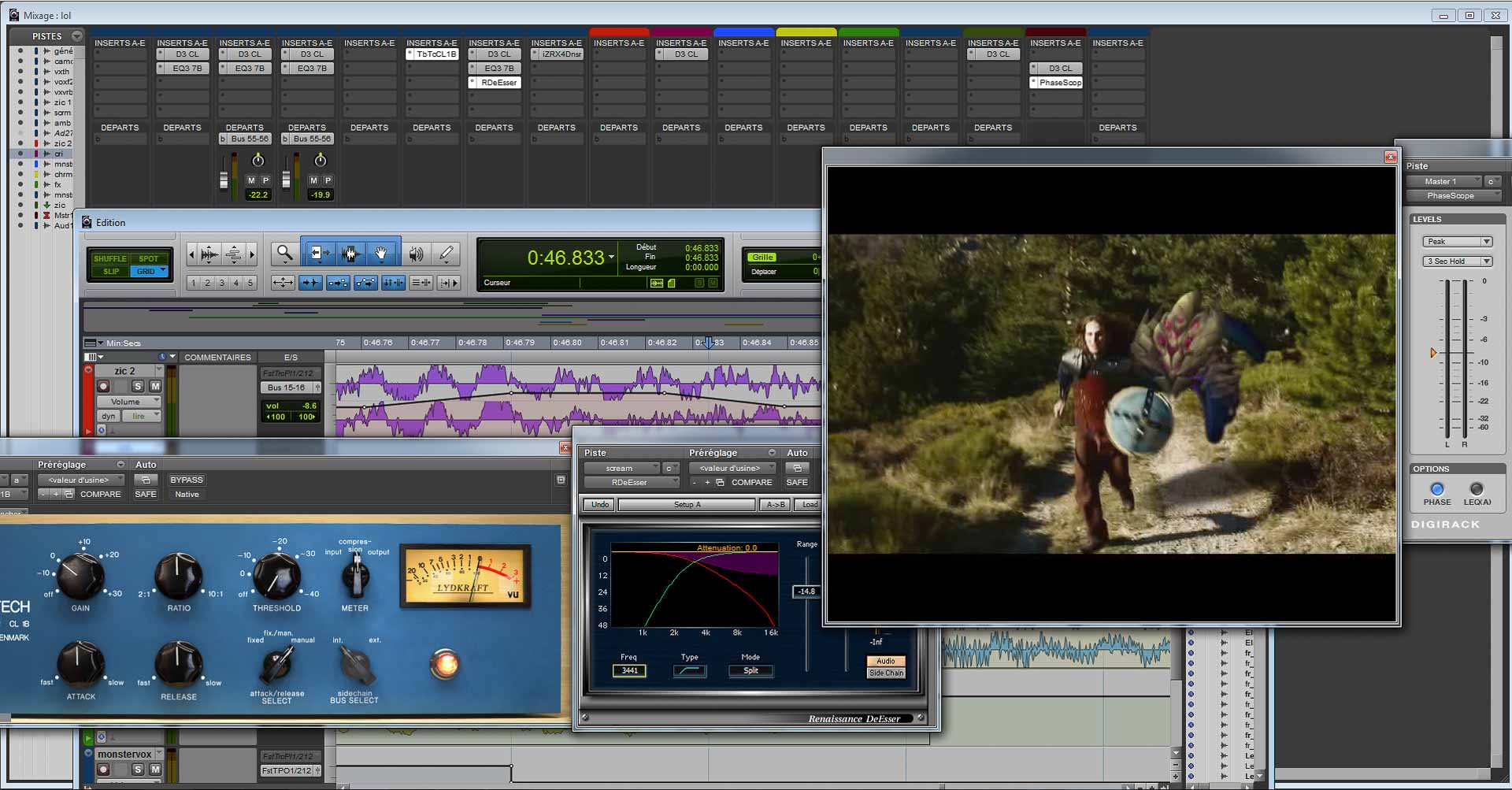 We offer services in the following fields:

EMTEX STUDIO has an international reputation for its audio postproduction services.
Whether the jobs are for theater, television, web, music production or other physical mediums, EMTEX STUDIO lets you benefit for reasonable fares of its experience in audio production to deliver you a master adapted to the broadcast’s needs.

In terms of TV mastering, EMTEX STUDIO can deliver for international projects an audio master which complies with these loudness standards:

Some of our audio postproduction works:

Voice over recording, sound design, mix and mastering of a corporate film for Polytech Montpellier engineering school, an ARTCAM production.

Voice over recording, sound design, mix and mastering of an advertisement for Whisper sanitary towels. Directed by Etienne Boulé.